What is Oka Luda ? 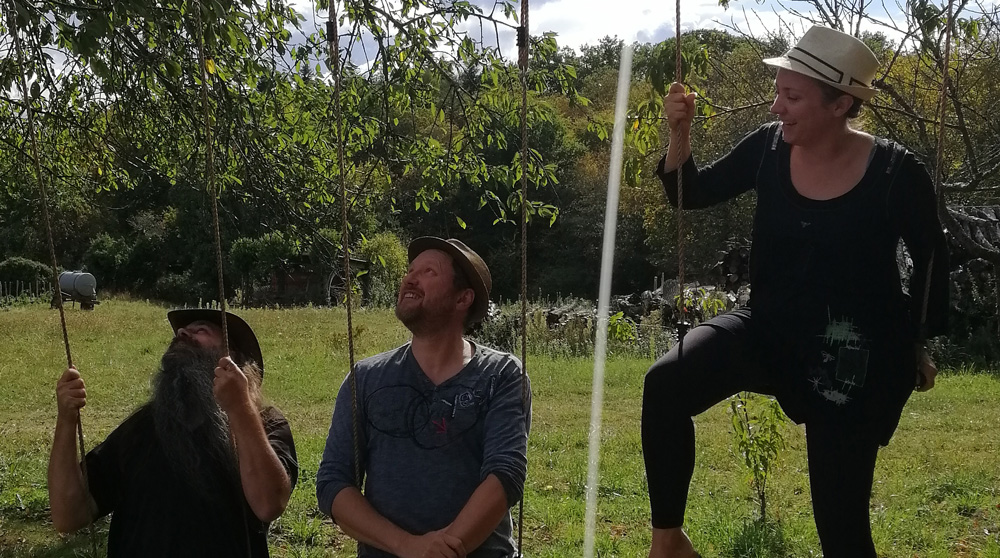 Oka Luda was formed in 2017 around a crush on the game Samsara – by Sylas – whose prototype was often running in our little local game club, Excitadel.

Samsara didn’t find any echo in the publishing world, so Christophe challenged us… to publish it!

A few months later, Oka Luda was well created, Chris, Mimi, Miguel and Sylas well engaged in the Kickstarter adventure. The campaign was a success, and Samsara was born!

A few months later, Kami fell into our arms, and that’s not to be refused… You can guess the rest, how to stop when the head and the heart are fulfilled?

We maximize our production in an eco-factory built according to the BREEAM certification standards, which are known to be the most used method in Europe regarding the evaluation of buildings in terms of environmental performance. This company has applied a number of ecological solutions such as gas heat pumps, photovoltaic systems and rainwater in the sanitary facilities, etc. Thanks to the eco-factory, our manufacturer offers us a more environmentally friendly production. By choosing an eco-responsible production, we receive a certificate and the possibility to mark our games with the Ecofriendly Game logo.

Eco-Friendly games are manufactured to the following standards:

Choice of FSC certified raw materials for the box, cards, boards and other cardboard elements. A guarantee that the materials come from responsibly managed forests.

These are biodegradable resin-based adhesives.

Choice of FSC certified wood or cardboard components. No plastic !

A packaging technology using biodegradable cellophane and shrink film to replace the packaging techniques used before. Instead of Ziploc bags, we use cardboard boxes, and OEKO-TEX certified paper and cotton bags.

The finished products are packed in FSC-certified boxes, which will be protected by a biodegradable film.